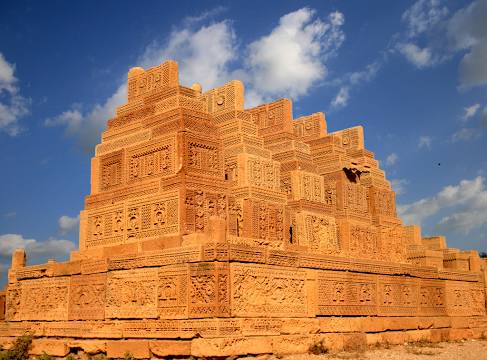 The Chaukhandi tombs form an early Islamic cemetery situated 29 km east of Karachi, Sindh province of Pakistan. The tombs are notable for their elaborate sandstone carvings. The tombs are similar in style to the elaborate tombs at the Makli Necropolis near Thatta, and are built in the funerary architectural style typical of lower Sindh. Address Chokandi Qabrastan, opposite total pump Shah Latif Town Bin Qasim Town Quaidabad Malir Karachi. 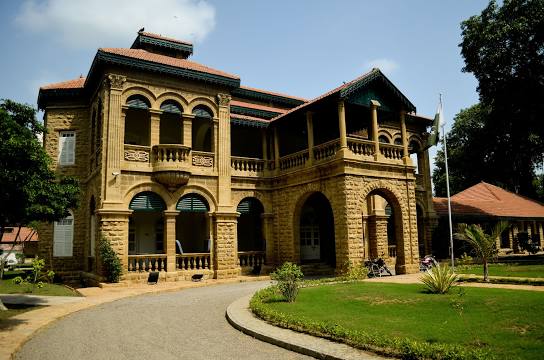 The Quaid-e-Azam House, also known as Flagstaff House, is a house museum dedicated to the personal life of Muhammad Ali Jinnah, the founder of Pakistan. Located in Karachi, Sindh, Pakistan, it was designed by British architect Moses Somake. The is the former residence of Jinnah, who lived there from 1944 until his death in 1948. His sister, Fatima Jinnah lived there until 1964. It was bought by Jinnah in 1943 at the cost of 150,000 Pakistani Rupees. The building was later acquired in 1985 by the Pakistani government and converted to a museum. 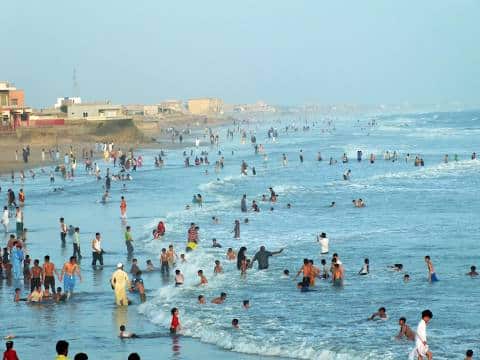 Clifton Beach, also known as Sea View, is a beach in Karachi, Sindh, Pakistan and is located on the Arabian Sea. It stretches from Karachi to Ormara. The beach is very popular in Pakistan. It is open 24/7 for the general public. Karachi is the most prominent coastal city of Pakistan and beach lovers here have many opportunities to visit different beaches bordering the Arabian Sea. Clifton Beach is purported to give the best value in leisure and recreational opportunities for fun seekers and beach lovers. In recent times, the area surrounding the beach has seen massive commercial activity as it is located in one of the most sought after localities in Karachi. The beach is now home to multiple local leisure activities including camel rides, buggy rides, horse rides, plastic plane flying among others. The Seaview Apartments across from the beach is a gated residential area which is rated among the top properties in the city. Other apartments and villas which can be seen along the Clifton beach coasts are becoming popular as well. 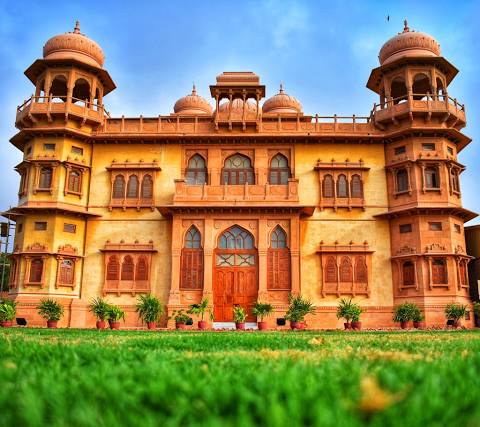 The Mohatta Palace is a museum located in Karachi, Sindh, Pakistan. Designed by Muhammad komail Hussain, the palace was built in 1927 in the posh seaside locale of Clifton as the summer home of Shivratan Mohatta, a Hindu Marwari businessman from what is now the modern-day Indian state of Rajasthan. 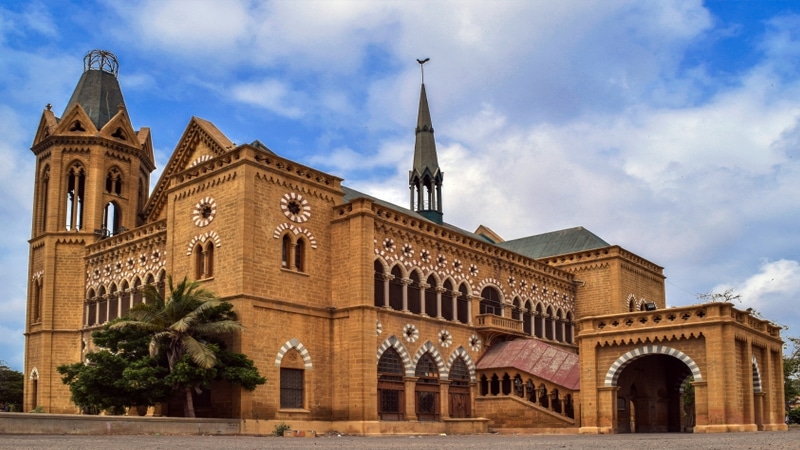 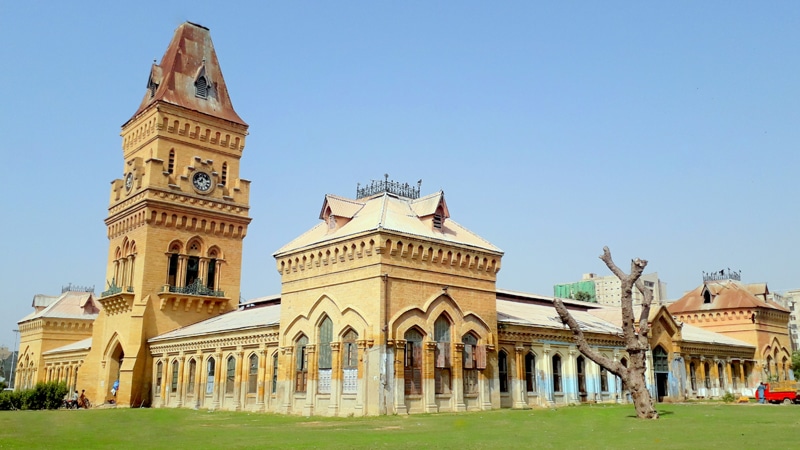 The Empress Market is a marketplace situated in the Saddar Town locality of Karachi, Sindh, Pakistan. The market traces its origins to the British Raj era, when it was first constructed. Today, it is amongst the most popular and busy places for shopping in Karachi Address:near Rainbow Center, Empress Market Saddar, Karachi, Karachi City, Sindh 74400
View More 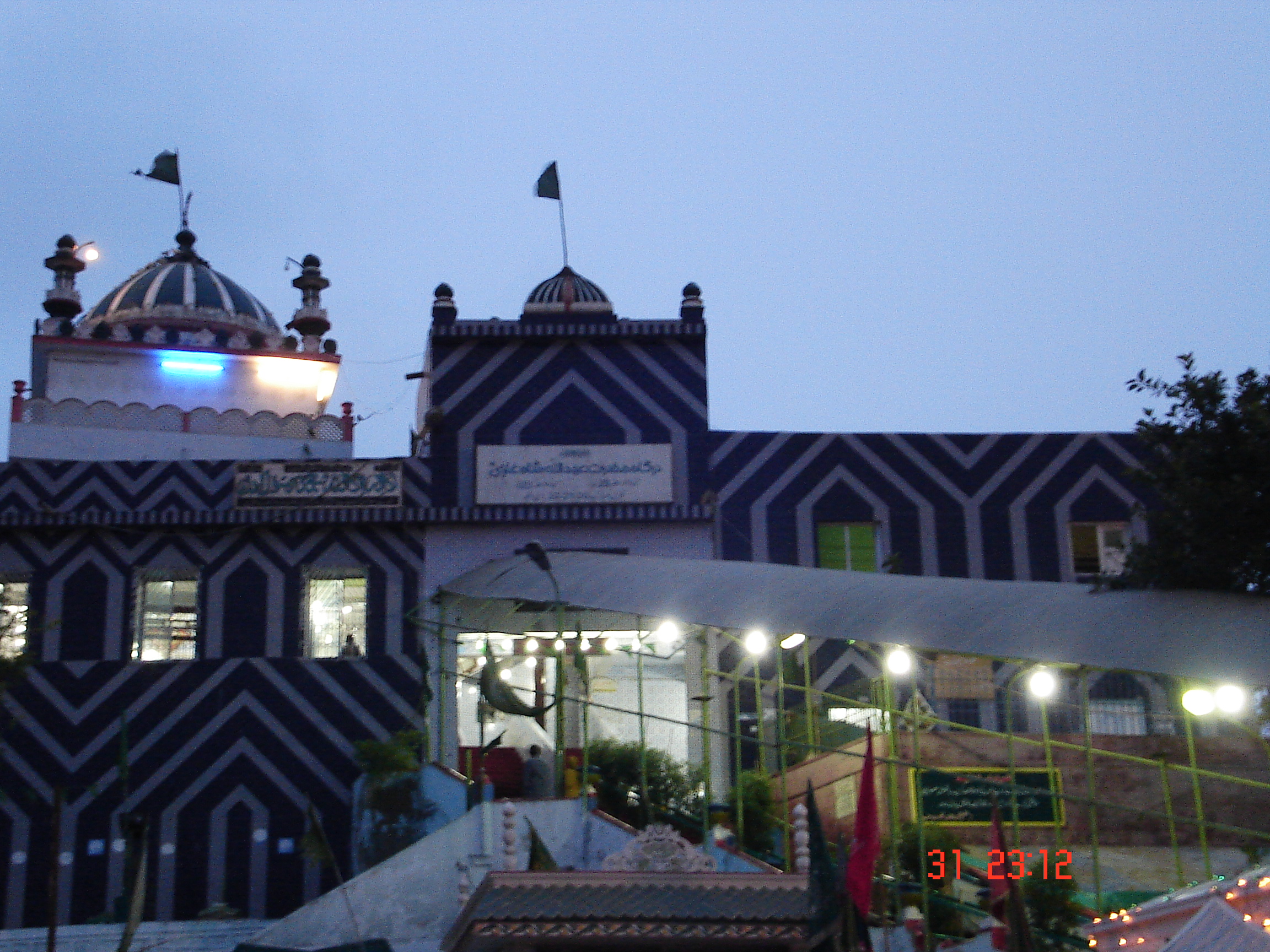 Hazrat Abdullah Shah Ghazi His name was Syed Abdullah. He came from the family of Abu Mohammad (kuniyat) and he was called Al-Ashtar. He was the son of Syed Mohammad Nafs Zakiya and the grandson of Hazrat Hasan Sani. Address:R26J+788, Block 4 Block 3 Clifton, Karachi, Karachi City, Sindh
View More 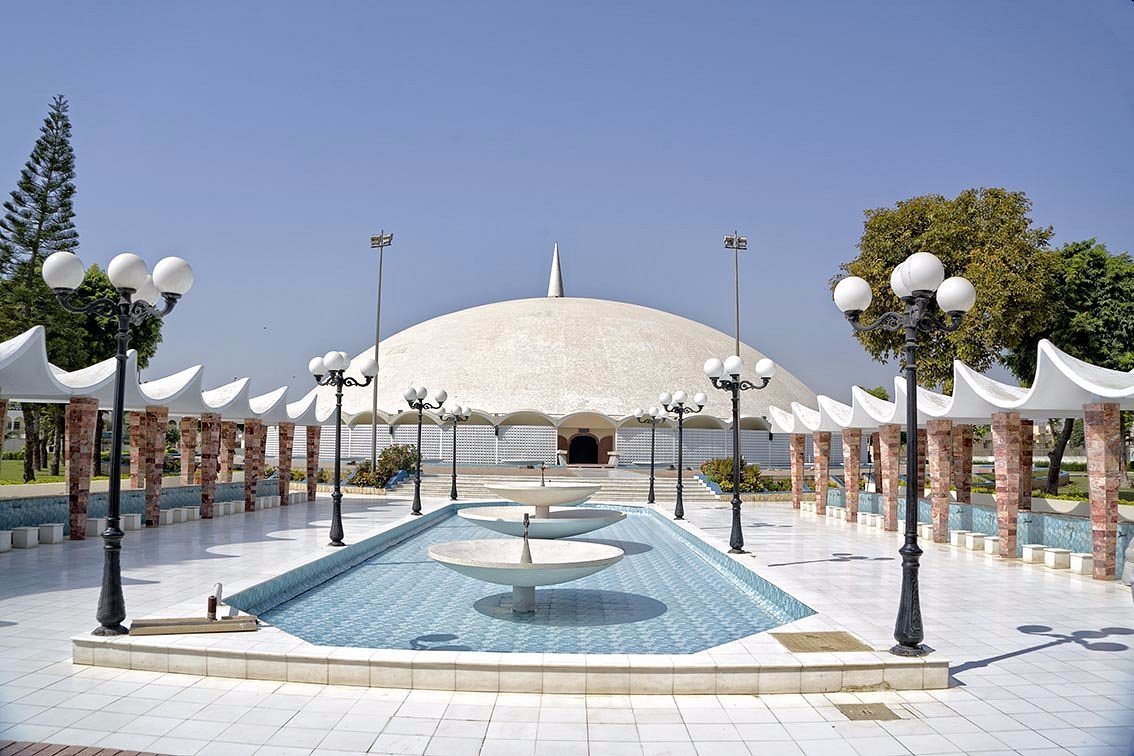 Masjid-e-Tooba or Tooba Mosque also known as Gol Masjid, is located in the city of Karachi, Sindh the province of Pakistan. It is situated in the phase 2 of DHA, Karachi. The construction of the mosque began in 1966 and completed in 1969 Address: R3V3+8MF, Old Korangi Rd, Sabir SRE Karachi Cantonment, Karachi, Karachi City, Sindh 74000 Twitter
View More 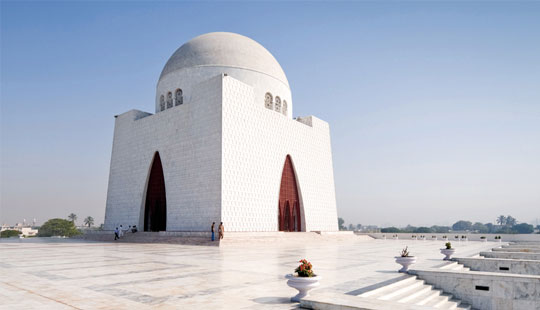 Mazar-e-Quaid, also known as Jinnah Mausoleum or the National Mausoleum, is the final resting place of Muhammad Ali Jinnah, the founder of Pakistan. Designed in a 1960s modernist style, it was completed in 1971, and is an iconic symbol of Karachi as well as one of the most popular tourist sites in the city. Address: V2FQ+VR2, M.A Jinnah Rd, Central Jacob Lines Ghm، Karachi, Karachi City, Sindh Phone: 0310 2448409
View More